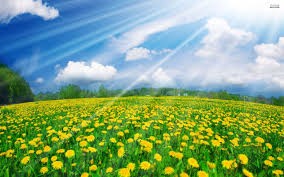 In the name of the Lord Jesus I testify.

Thanks to God that I may have this opportunity to count His blessings. Before I came to believe in the Lord, I was hot-tempered and would often beat my children for no apparent reason.

In 1997 Sister Xiao-Juan Ma said to me, "You can come to the church that I attend, and see if that will be of any help to you."

Praise God, from then on, I came to church frequently on Sabbaths to enjoy the grace bestowed by God. Furthermore, I was baptised in October 1998, thus becoming a child of God.

1. Keeping Faith through Relying on the Lord

In Exodus 20: 4 - 5 God has instructed us, "You shall not make for yourself an idol in the form of anything in the heaven above or on the earth beneath or in the waters below.

You shall not bow down to them or worship them." Because I worship this one and only God, creator of the universe, I receive much grace from the Lord Jesus.

As a child of God I know that keeping the Ten Commandments is the most fundamental principle and I strive to keep Gods commands.

In March 2000, due to the severe illness of my mother, my older sister and I returned to China to visit her. This trip was also the very last trip where I saw my mother.

She had suffered from a psychological disorder since 1976; hence often she would rebuke people and walk around aimlessly during the nights when the disorder played up. Praise God, as soon as I started truth-seeking, I prayed for her often.

Her condition improved and she was gradually healed from the sufferings of her sickness. When she passed away, all the relatives in the village gathered us sisters and wanted us to kneel and worship her.

I made known to them that I could not kneel before her since I have already believed in Jesus. They rebuked me, "Mother has given birth to you and educated you, yet when you are asked to worship her, you are not willing! How dishonoring is that!" No matter how hard they tried to persuade me, I insisted on not kneeling.

You do not only show honor for parents after they have passed away; you should care for them and repay them while they are still alive."

Upon hearing my reply, my sister became angry and said, "I will no longer have any regard for you." Praise the Lord, He is omnipresent and is our everlasting help.

As long as you rely on Him, He will help you. Therefore, I squatted down and said a silent prayer asking God to open a way. Just as I closed my eyes, the Lord twice revealed to me clear burning pillars of fire that manifested in mid air moving towards me.

My heart instantly felt a sense of consolation and peace. Although my mother had departed me, the Lord stays with me. He Himself comforted me so that I was without worry or fear.

After the vision, no one forced me to kneel anymore. My father even spoke up for me in requesting respect for my religion.

This reminded me of the scene in which God called Moses on Mt Horeb. I thank God that He wiped away my tears and kept me sanctified.

2. The Grace of the Lord is Sufficient

One early morning of September 2000, I suddenly heard my car alarm going off and the car was driven off. My husband quickly got into his car to chase after it, while I knelt down to pray after phoning the police.

Initially in my prayer, I merely asked the Lord to help my husband in getting the car back but did not think of his safety.

Miraculously as the prayer progressed, it occurred to me: "What if the car is chased back? Would he be able to drive two cars at once? How many people were involved in the theft? Would my husband be safe?" Having these thoughts lingering on my mind, I told the Lord, "O Lord, I give thanks to you that this car was bestowed to us.

If you are willing for me to own this car, it will surely be found. Now I ask you to protect my husband so that he is able to return home safe." Not long after the prayer, my husband returned safely.

However the next night, Friday evening, after the hymn singing and prayer service when I was about to drive my two children home, my son suddenly cried out "Mother, our car has just been stolen again."

Hearing my sons cry, I quickly ran to the doorway to check, and indeed our car had been driven off like the breeze of the wind. We had lost two cars in three days and in my anxiousness I did not know what I should do so I cried with my children.

Then a committee member Brother Kuo asked everyone to pray; and this incident was also reported to the police.

During that period of time, brothers and sisters prayed for us continuously. There was one sister who lent me her car, some others helped us financially, and some came to my house to comfort us.

From these many acts of love, I saw Gods abundant grace. I thank the Lord and may God remember their love for it is so good to have the Lord. His grace is surely sufficient for me.

During the April school holidays in 2004, my sons abdominal pain relapsed. After seeing the doctor twice, there were no improvements and taking medication at the instructed intervals had no effects.

The doctor arranged for him to take an x-ray at the childrens hospital, but nothing unusual was found. Despite this, his abdomen continued to ache, and strangely enough, it occurred only at night and almost always at the same time.

Whenever the specific time arrived, he would wail and shout in pain.

Coincidently, the Church held the autumn evangelical convocation at that time. On the 4th evening of the convocation, I asked my son to rest at home because my husband had returned home early from work.

At midnight, I heard my son wailing in front of the toilet, his cry filled with horror. I rushed over to see him and found that he had been awakened by pain, and wanted to go to the toilet.

He said while he was going into the toilet, he saw a girl with golden hair standing at the doorway holding a baton in her hand. She grabbed him from behind and rolled the baton up and down his abdomen.

On hearing his words, I realised that this was the work of the evil spirit. My husband is yet a believer, and taking my children to church every evening made him unhappy, thus Satan would try to oppose us through all means.

Nevertheless, I believed we would prevail through relying on the name of the Lord. I took my son back to his bedroom and said, "Dont be afraid, mum will pray for you to cast away Satan." he unhappily replied, "Whatever. If you are willing to pray, then pray." I firmly said to him, "I am willing, God will surely listen to our prayer."

Just as I started praying, he cried again saying he was in pain and was afraid. I told him, "Do not be afraid, mum is next to you, and so is the Lord Jesus. He will help us because we are relying on Him."

After reassuring him, I held him in my bosom whilst I continued to pray. Thank God for His mercy, for it was only at 2:30am when he finally fell asleep after the prayer.

The Holy Sabbath is a day blessed by God, and adding onto that the grace of the spiritual convocation, today becomes a day of double blessings." On hearing these words, faith filled my heart, "My son will surely be shown mercy today".

Thanks be to God for his miraculous grace, for in the day everything was at peace for my son.

Throughout those days, the preacher, as well as many brethren, interceded for my son daily. Intercessions are powerful, and my son has received peace till this day. Praise the Lord, Christians are most blessed to have the help and the protection of God.

Although my husband is yet to be a believer and my children have yet to be baptized, I firmly believe if God delivers me, he will surely deliver my whole family.

Here I ask for everyones continual intercession, that God may guide my whole family into His name. May all the glory, thanksgiving, and praises be unto His name. Amen.

Note: Thanks to the grace of God, the children of Sister Kuang: Marcus and Carrie were baptized on the 1st of May 2005 with her husbands consent.