On Speaking in Tongues 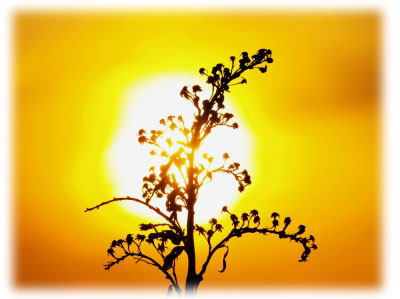 Some may argue that the ability to extol God is also likely evidence, since it happened in Cornelius’ case. This is highly unlikely in the context of the other passages in Acts that record the receiving of the Holy Spirit and also that it stands as very weak evidence for such a momentous occasion.  It is more likely that the Gentile listeners extolled God as a way of acknowledging and enjoying Peter’s preaching. In defending himself when he returned to Jerusalem, Peter explained his association, together with six brethren, with the Gentiles as sanctioned by the same gift – the Holy Spirit evidenced by tongues – bestowed upon them (Acts 11:17).

At Ephesus, Paul made use of the same evidence – speaking in tongues – to confirm the receiving of the Holy Spirit (Acts 19:6). Even though prophecy (which means preaching) had occurred, it was not the evidence, for those who had not received the Holy Spirit, were able to prophesy too. The sending out of the 70 others to preach prior to the days of Pentecost proves this point (Lk 10:1ff). The occurrence of prophecy at Ephesus could well have taken place after they had received the Holy Spirit. Simply, Christ requires His servants to be empowered by the Holy Spirit (Lk 24:49) when doing evangelistic work, although the two can be in reverse order. In Luke’s descriptive writing, he did not add that prophesying was the initial evidence of being filled by the Holy Spirit (cf. Acts 2:4).

To avoid confusion, it is necessary to explain the two functions of tongues: as evidence of receiving the Holy Spirit and for the common good. The former provides self-edification in prayer (1 Cor 14:2, 4). Those who have received the Holy Spirit may all speak in tongues simultaneously (Acts 2, 10, 19). Since it is concerned with the individual, no interpretation is needed (Acts 2; 10; 19; 1 Cor 14:27). The latter, as a charismatic gift, serves the purpose of edifying others (1 Cor 12:7, 10). It has to be administered orderly, with two or three persons, and each in turn, and one needs to interpret what they say into intelligible words for the listeners (1 Cor 14:27).

In Acts 4:31, Peter, John and some believers were described as being filled by the Holy Spirit and thereby spoke boldly “the word of God”. To some, to speak boldly is the evidence of receiving the Holy Spirit. A careful reading of Acts would make us realize otherwise. This is not a passage of Spirit-reception, as Peter and the rest had already received the Holy Spirit (Acts 2). This is only the description of the abiding presence of the Holy Spirit in their preaching work.

Even while Acts 8 does not specifically state that the Samaria believers spoke in tongues, a cursory study of it would make us discover that the initial evidence for Spirit-reception was neither the ability to perform miracles (v6f), nor the expression of joy (v8), nor faith, nor baptism in the name of Jesus (v 12f, 16). Rather, it was an outward and recognizable sign the apostles (Peter and John) and others witnessed. It even impressed a wicked person, the magician who desired to have it. It had to be tongues. Luke in his writing has implied so by the word ‘gift’ (v20), which takes the same root word in Greek as stated in the case of Pentecost (Acts 2:39). The other reason: Peter later went to Caesarea (Acts 10) and confirmed the receiving of the Holy Spirit based on tongues, thus at Samaria he could not have determined Spirit-reception by another sign, but tongues. Remember! The Bible is consistent.

The account on the conversion of Paul does not state tongues was spoken, but he affirmed in his first epistle to the Corinthians that he spoke in tongues more than all: a sign that he attributed to the Spirit of God (1 Cor 12:10f; 14:18).

Those who do not believe in ‘tongues’ argue also that “when the author of Acts emphasizes a specific phenomenon, such as the speaking in tongues, he does not seem to do so to teach a doctrine of Spirit-reception.”  They claim that there is no hint that this was the purpose; the author’s intent instead was to show the validity of the gospel development described in Acts.

We know the gospel is the word of God (1 Pet 1:25). It is the power of God for salvation to everyone who has faith (Rm 1:16f). The Lord Jesus has promised that the Holy Spirit is to be given to those who ask (Lk 11:13; 24:47ff) – it is part of the gospel, which is His word (Lk 24:44). Many in the end time shall speak in new tongues (Mk 16:17). The first fulfillment of this promise of Jesus took place at Pentecost (Acts 2:4). It is true that the Holy Spirit validated the development of the gospel; but the evidence of receiving the Holy Spirit is speaking in tongues (Acts 2, 10, 19). This is the pattern of the apostolic beliefs.

Likewise today, we who love God also hope that the Gospel of Salvation will be speedily spread and appropriately developed. However, if such a proclamation is without the validation from the Holy Spirit evidenced through speaking in tongues, it is most likely we have missed the mark of being saved (Eph 1:13f; Jn 3:5; Tit 3:5). If speaking in tongues validated the gospel development in the apostolic time, but does not do so today, perhaps we should examine the ”gospel” that we preach.

Whenever the author of Acts relates a religious story of speaking in tongues, we should evaluate it with our belief. If our present experience with God differs radically from it, the right thing to do is not to change its actual meaning to match our belief; rather, we should renew our belief to conform to what it teaches.

There are many facets of teaching on the Holy Spirit. Sometimes, the emphasis of one author on the Spirit differs from the others. However, this does not imply that they are contradicting each other. Rather they are emphasizing the different aspects of the same Holy Spirit. For example, Luke stresses more on the work and the evidence of the Holy Spirit, which is the speaking of tongues. Paul underscores Spirit-reception as a pledge, deposit or guarantee to enter into God’s Kingdom (Eph 1:13f; 4:30; 2 Cor 1:22; 5:5). He also underlines that the Holy Spirit is the renewing agent (Tit 3:5), orientating a person to a mode of behavior pleasing to God (Rm 7-8) and interceding for us to submit to God’s will. Similarly, in 1 Corinthians, Paul stresses that ‘tongues’ edifies the speaker when praying to God. It is also a way in which God conveys His message to His people through an interpreter. It is also a sign to the unbelievers.

There are three accounts of tongues speaking. Three times should be more than enough to confirm anything. Thus, speaking in tongues becomes the natural result or phenomenon of receiving the Holy Spirit.

In sum, if we look up all the examples pertaining to the evidence of receiving the Holy Spirit in Acts, the speaking of tongues is always the accompanying sign (Acts 2:4; 10:46; 19:6). The apostles used the experience of tongues speaking at Pentecost (Acts 2:4) as the foundation for determining the receiving of the Holy Spirit. It became the ‘way’ He was received in their later empowered-ministry (Acts 10:46f). It is also independent of any other signs when the outpour is described. In fact, it is always stated first, if more than one manifestation of the Holy Spirit occurs. These three passages unravel the biblical pattern of the early Christians’ belief; and it is also the standard for us to discern whether the Holy Spirit is received.

The two functions of speaking in tongues: