Pray for the Holy Spirit 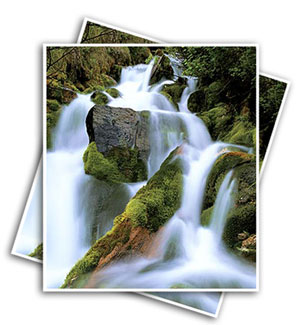 Hundreds of believers gather early and expectantly in the chapel before the scheduled prayer session. Prayer with one accord begins. The thirst for the Spirit’s infilling is reflected on each earnest and sincere face.

This typical scene of a session to pray for the Holy Spirit is one familiar to all of us in the True Jesus Church. It has been the same heartening and touching scene from the day of the Church’s establishment, no matter which True Jesus Church we visit. The people may look different, their food, clothes and language unfamiliar, but the urgency with which the Spirit is supplicated is one and the same.

Notwithstanding the plethora of comforting testimonies of the Holy Spirit’s downpour, a fundamental question is whether there is biblical basis for this practice of praying for the Holy Spirit. The Bible, not human emotion nor tradition, is the standard for all religious practices; whatever the church does must be rooted in the word of God. Religious practices without biblical substantiation very often are recipes for confusion and division in the face of multiplicity of contradictions.

The Promise of Christ

The coming of the promised Spirit is well-documented in the gospels, in particular the gospel of John. Jesus echoes the invitation of Isaiah (Isa. 44:3) to those who are thirsty to drink of the Spirit (Jn. 7:37-39). The highlight of this invitation is the Lord, who is the giver. He decides who, when and how to give the Spirit. Not only is this invitation a preamble to the fulfilment of the prophecies of the coming of God’s Spirit, it also lays down the firm foundation for the two requirements for salvation – receiving water baptism and the Holy Spirit.

Many believe, however, that the coming of the Spirit is God’s promise; it is free. The Spirit will be given to those who believe in Him. He fills us at the point of baptism; or in some denominations, at the point of ‘accepting Jesus as the Saviour’ or the completion of the Sinner’s Prayer and so on. No other effort from us is needed; no prayer to ‘ask’ for the Spirit required. They claim that there is hardly any proof in the Bible that indicates otherwise. They point out that though Jesus spoke at length and depth about the giving of the Spirit, He is silent about asking for the Holy Spirit.

Let us see what the Bible says. Compare Jesus’ conversation with the Samaritan woman (Jn. 4:13-14) and the invitation in John 7. Both accounts mention ‘living water’, a reference to the Holy Spirit. In John 4, Jesus is unequivocal about this need to ask, “If you knew … who it is who says to you…you would have asked Him for the living water” (Jn. 4:10). Although ‘asking for the Spirit’ is not stated in John 7, those who want to drink must come before the Lord (Jn. 7:37-38). Today, we have come before the Lord and we know Him. Should we not ask Jesus for the Holy Spirit?

The Teachings of Christ

Since praying for the Spirit is so essential, the church has always encouraged her members to pray with importunity. One oft-used passage is the parable of asking, seeking and knocking (Lk. 11:13) with its beautiful and powerful ending “How much more will your heavenly Father give the Holy Spirit to those who ask Him!” It is an endless reassurance that great is His faithfulness. And we can stand on His promises which do not fail.

Recently, however, the applicability of this parable to the asking of the Holy Spirit has been challenged on two major and related bases. The first is with regard to the source of the material used by the writer of the gospel of Luke. Proponents of this view say that the gospel of Luke was written much later than the gospel of Matthew. To understand what Luke meant in that parable, we must first know what Matthew’s viewpoint is. The account in Matthew is not about ‘the Holy Spirit’ but rather ‘good things’ (Mt. 7:11). A more accurate rendering of the account in Luke should thus have been ‘good things’ and not the ‘Holy Spirit.’

How should we view this? Discussions on the accuracy of rendition and translation generally involve an element of subjectivity. Therefore, to avoid being caught up in a prolonged and not necessarily conclusive theological wrangling, the account of Luke should be interpreted based on the principle that all Scripture is God-breathed (2 Tim. 3:16). The work of Luke including the words he chose is also divinely inspired. We should thank God for this reassurance that our Heavenly Father gives the Holy Spirit to all who ask Him. Man-made complications, on which rendition is emphasised, constitute an implicit denial of the Father’s love.

The second view proposes understanding Luke’s record as God’s willingness to give good things in everyday life to us since there are many things that one would ask of the Lord. Again, the underlying point is the challenge to the accuracy of Luke’s record that ‘the Spirit is to be given to those who ask of the Father’.

How should we view this? We must look at the consistent theme of the teachings in the Bible. One clear message is that when we have the Holy Spirit we have every good thing. With the Spirit’s guidance, we know how to choose what is best for ourselves when we underline yielding to the Spirit. In this regard, what good things can be better than the Holy Spirit?

On the Day of Pentecost

Another possible argument put forth to nullify the need to ask for the Spirit is the account on the day of Pentecost. It is not an issue at all to say that the Bible does not state that the 120 received the Spirit in prayer (Acts 2:2). However, should this be the basis for not asking for the Holy Spirit? Right before His ascension, Jesus instructed His disciples to wait for the coming of the Spirit (Lk. 24:49). Did they just sit around quietly waiting for the Spirit to come? Did they wait passively? In Acts – the sequel to the gospel of Luke – we see how the believers willingly complied with Christ’s instruction. A key, if not the only, feature of their gathering was praying to God (Acts 1:14).

Their physical gathering stemmed from being one-minded about obeying their beloved Lord. Such unity lasted throughout the period of their waiting (Acts 2:1). It goes without saying that the binding force was the power of God given through prayer. This attitude was maintained well after the conversion of the 3000 (Acts 2:46) – prayer was an integral and critical part of their life (Acts 2:40).

In Acts, in most cases, whenever the believers congregated, they always engaged in prayer. When the early church was threatened for preaching the word of the Lord, the believers assembled together to pray (Acts 4:31). Also, when Peter was imprisoned, (Acts 12:5), the believers were together in the house of Mark (Acts 12:12) praying to God. Likewise, was it not only natural that on the Day of Pentecost the 120 prepared themselves in prayer for the transpiration of Jesus’ promise? Unquestionably, they must have been prayerfully asking for the Holy Spirit as they waited for the Spirit to come.

The Story in Samaria

When persecution arose, many of the believers were scattered. Philip went to Samaria. He took along with him the gospel of salvation. The power of God was shown through his work. Many miracles were performed by his hand (Acts 8:6-7). By the miraculous guidance of the Lord, many responded very positively to the word Philip preached about the kingdom of God and the name of Jesus Christ. They accepted and were even baptised (Acts 8:12). No one would deny that the Spirit was with Philip and the new converts.

However, when the main church in Jerusalem came to know about the conversion in Samaria, the apostles sent Peter and John to the believers there. The reason is clearly stated in Acts: because they had yet to receive the Holy Spirit (Acts 8:16). Although the believers had been baptised, they did not have the Holy Spirit. The phrase used to describe the absence of the Spirit in them says it all. ‘The Spirit had fallen upon none of them’ (Acts 8:16). And that was why the apostles were sent to them to help them receive the Spirit.

How did Peter and John help the church in Samaria? By praying for them (Acts 8:15). These new believers received the Spirit through the laying of hands (Acts 8:17). Is it rational to think that only the apostles were praying as they laid hands on the believers who were not praying for the Spirit? Surely, the actions of the apostles are a silent confirmation that the apostolic church did engage in prayers for the Holy Spirit.

The Believers in Ephesus

When Paul came to Ephesus, Paul met a group of believers. The first question Paul asked them was if they had received the Holy Spirit (Acts 19:2). This question points to a fact – the Spirit is not given in a covert manner without the recipients’ knowledge. If the Spirit did indeed abide in a believer silently, then Paul’s question would be, at best, superfluous and at worst, one that could cause confusion to these new believers. Clearly then, receiving of the Spirit must be a unique and tangible experience.

After they were baptised, Paul laid hands on them (Acts 19:6). If receiving the Spirit occurs at the point of baptism, Paul’s actions would have been redundant. Likewise, if the Spirit is naturally given after conversion without the need for supplication, then Paul is erroneously laying hands on these new Ephesian converts. The laying of hands points irrefutably to the fact that the Spirit is to be prayed for. When the Spirit came, about 12 of them spoke in tongues (Acts 19:7).